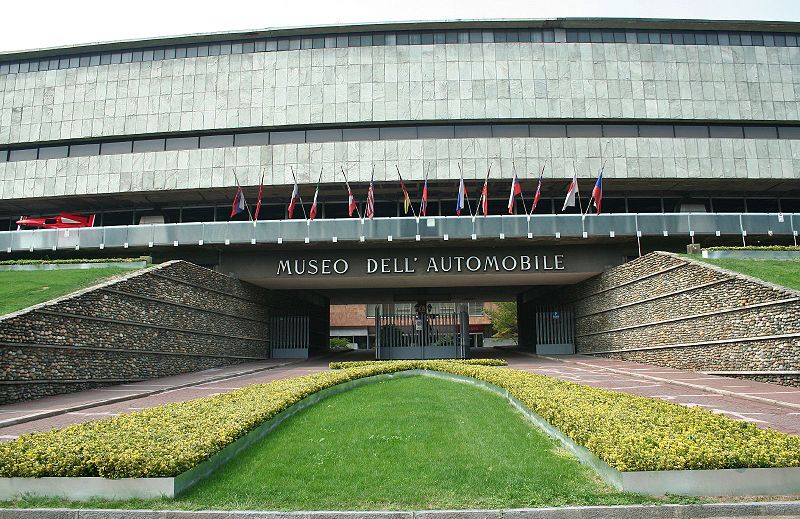 Giugiaro, Pininfarina and Bertone great names of Italian creators that made Turin one of the most important cradles of design in Europe.

Located in Corso Unità d’Italia 40, it now hosts a collection of almost 200 original cars dating between mid-19th Century and present day, and around eighty automobile brands from eight countries worldwide  (Italy, France, Great Britain, Germany, Holland, Spain, United States of America, Poland). It is the only National Museum of its kind in Italy and one of the oldest Automobile Museums in the world.

Take a walk through the “National Cinema Museum” to discover the wonders of cinema in an   “amusement park” housed in the evocative setting of the Mole Antonelliana. Here, you’re sure to experience a memorable adventure in the glamorous world of cinema, from shadow theatre to exhibits featuring the great stars of the silver screen and the special effects of a Hollywood blockbuster.

The museum, is located inside Turin’s major landmark building and is known as one of the most important of its kind in the world. Distributed along an exhibition path of about  3.200 m2  (about 35.000 square feet) on five floors, it houses pre-cinematographic optical devices such as magic lanterns, earlier and currentold and new film technologies, stage items from early Italian movies and other memorabilia.

Generally believed to be the drink of the gods by the Aztecs, chocolate arrived in Europe through the Spanish conquistadores, thence to Italy through its links with Spain. Originally just a privilege for the house of Savoy, chocolate became popularised by ducal decree in 1678. Since then, Turin has been the capital of Italian chocolate, giving way to the creation of a number of celebrative chocolate treats. Amongst these was the chocolate-filled egg, which originated in Turin when Signora Giambone hit upon the idea of filling hens’ eggs with liquid chocolate in 1725.

In 1802 Turin made a quality leap by transforming liquid chocolate into solid, more long-lasting bars. Also, thanks to new hydraulic machinery that refined the cocoa powder and mixed it with sugar, vanilla and hot water, Turin’s chocolate makers made another brilliant invention that obviated the lack of the raw material caused by Napoleonic blocks. The idea consisted in mixing a minimum amount of cocoa with the more economic hazel nuts from the Langhe area, creating a delicious paste that in 1865 became know as the bocconcino or cicca (morsel).

The heavenly chocolate-and-hazelnut gianduiotto, was later invented by the Caffarel-Prochet company in 1867 and named after the Torinese carnival mask, Gianduia. Turin is also home to a sure contender of the drink of the gods the “bicherin” – a deliciously uplifting mixture of hot chocolate, expresso and cream.

Throughout the whole of the 19th and 20th centuries, the largest European production of chocolate was concentrated in Turin and Piedmont, while cafés, destined to become historical meeting places and laboratories, started opening their doors. In respect for past traditions and the fame of products that have conquered the world, master chocolate makers continue to defend tradition by decreeing the nomination of the “area of Italian chocolate”.

Don’t miss out every year on the annual spring chocolate fair “Cioccola-Tò”, a two week event full of initiatives including chocolate tasting, shows, practical demonstrations and treasure hunts around the city!